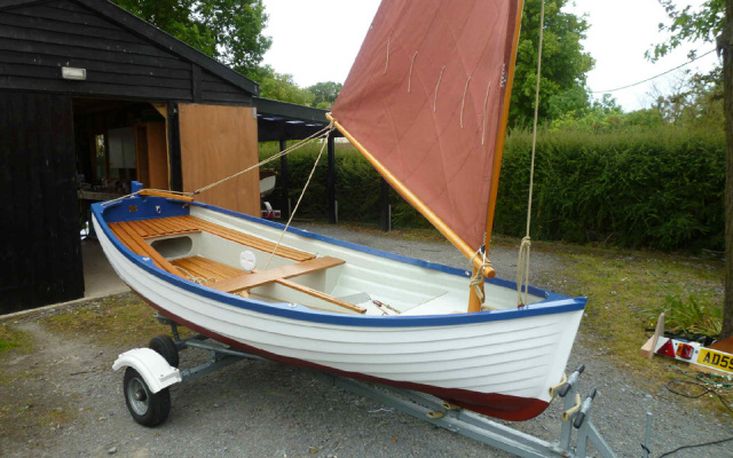 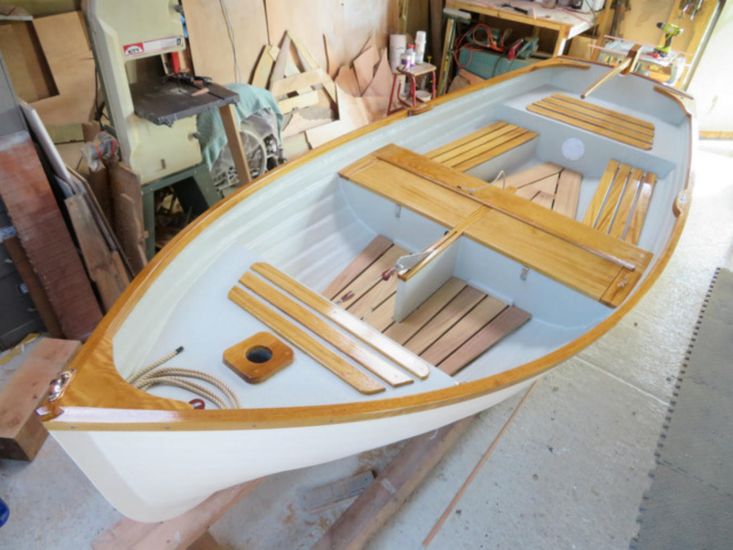 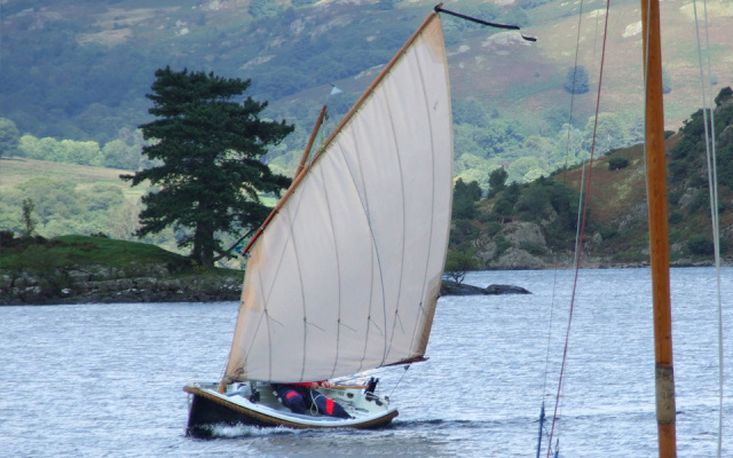 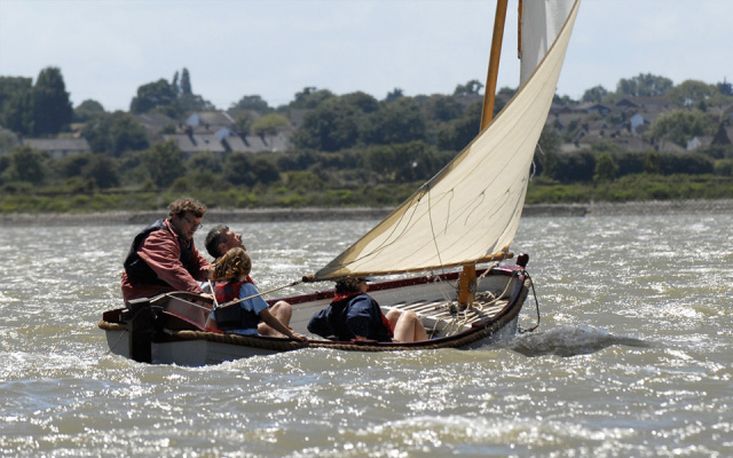 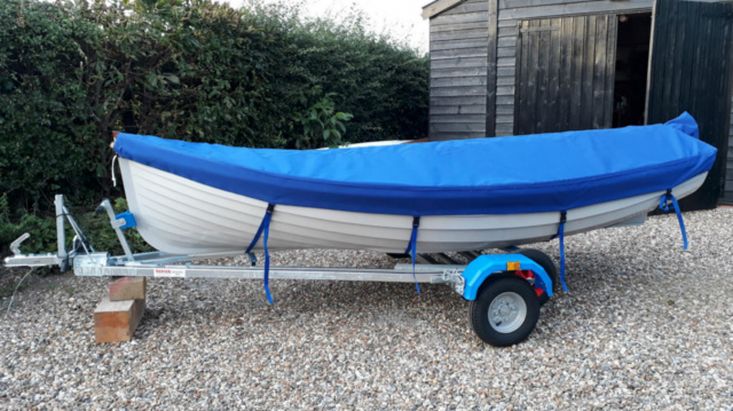 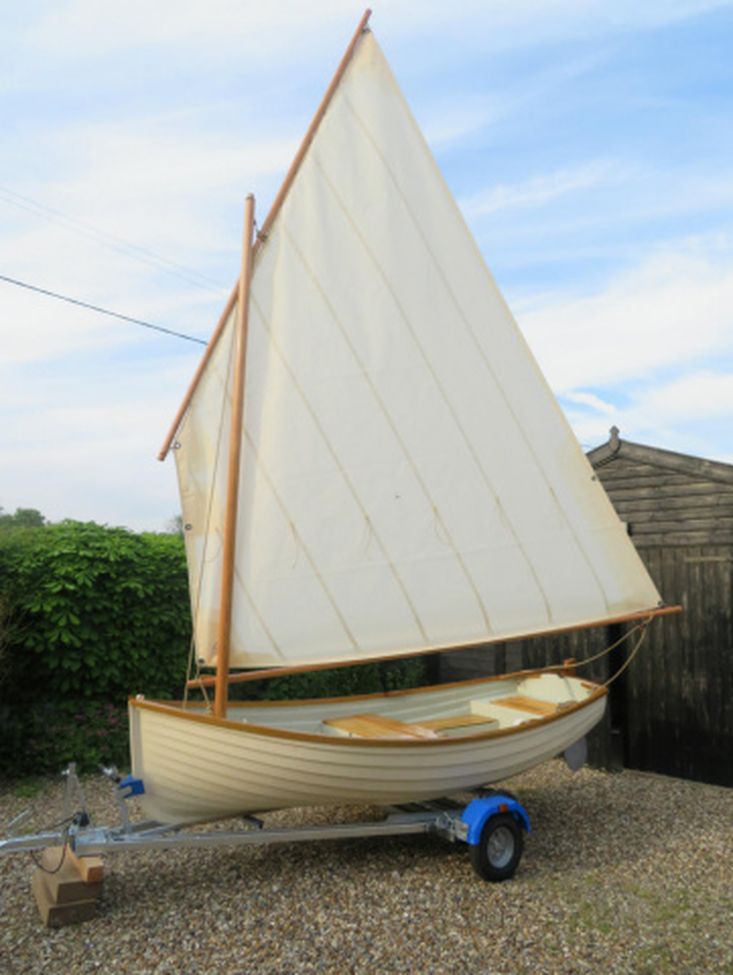 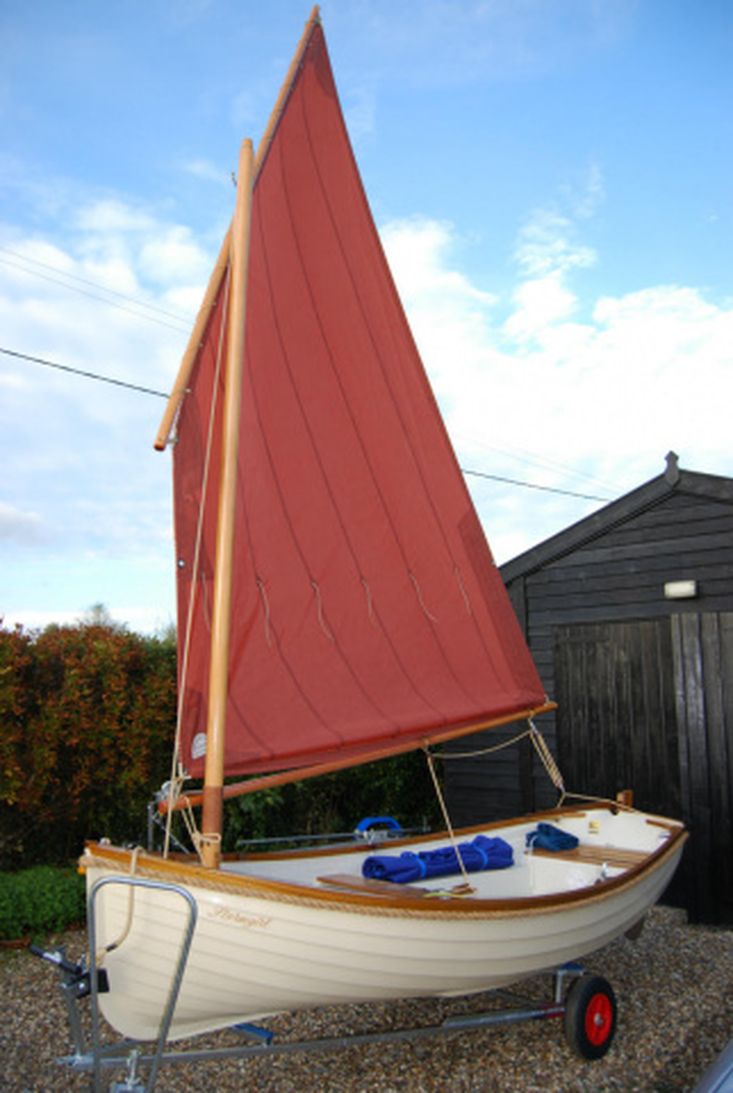 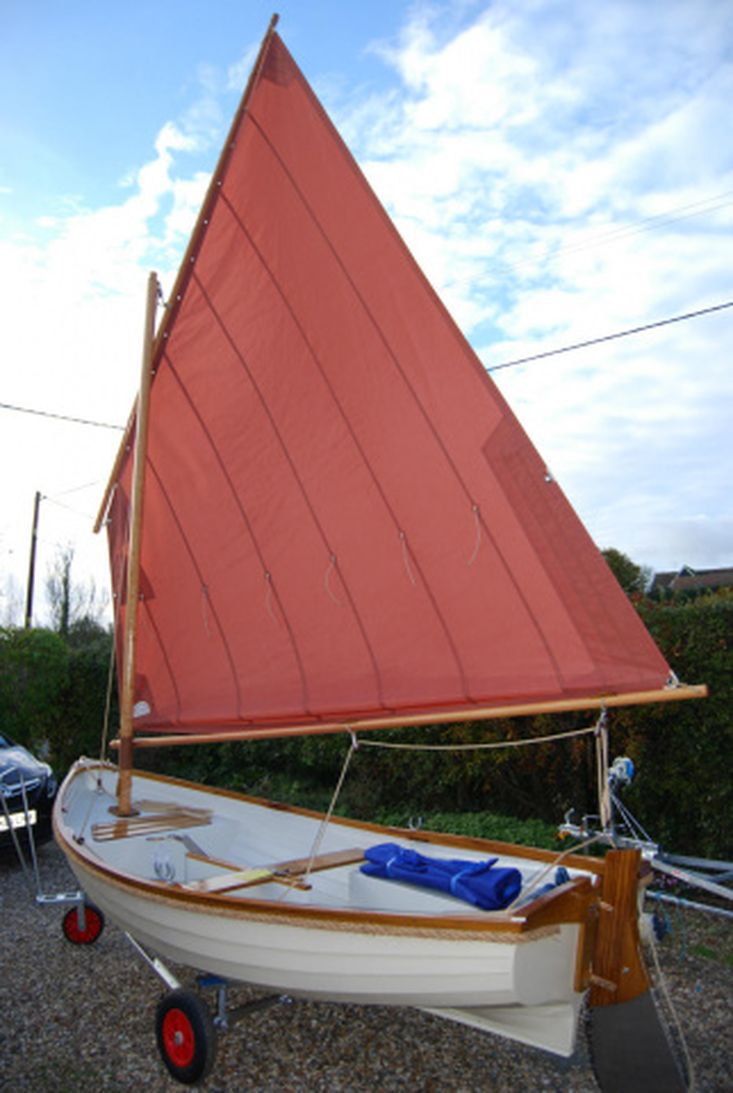 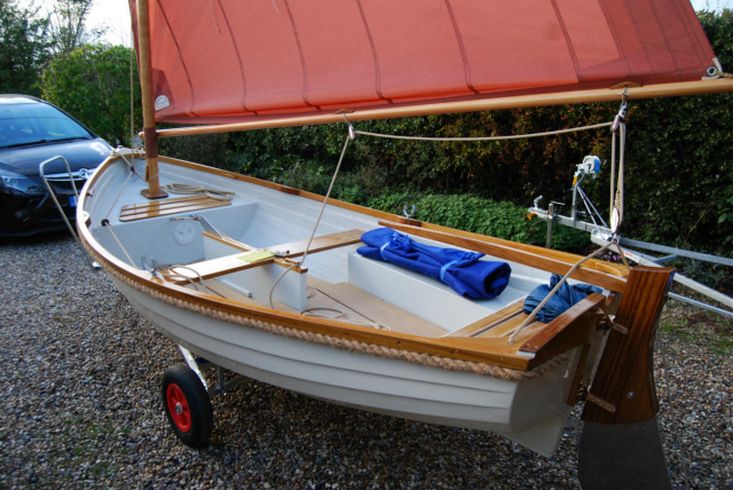 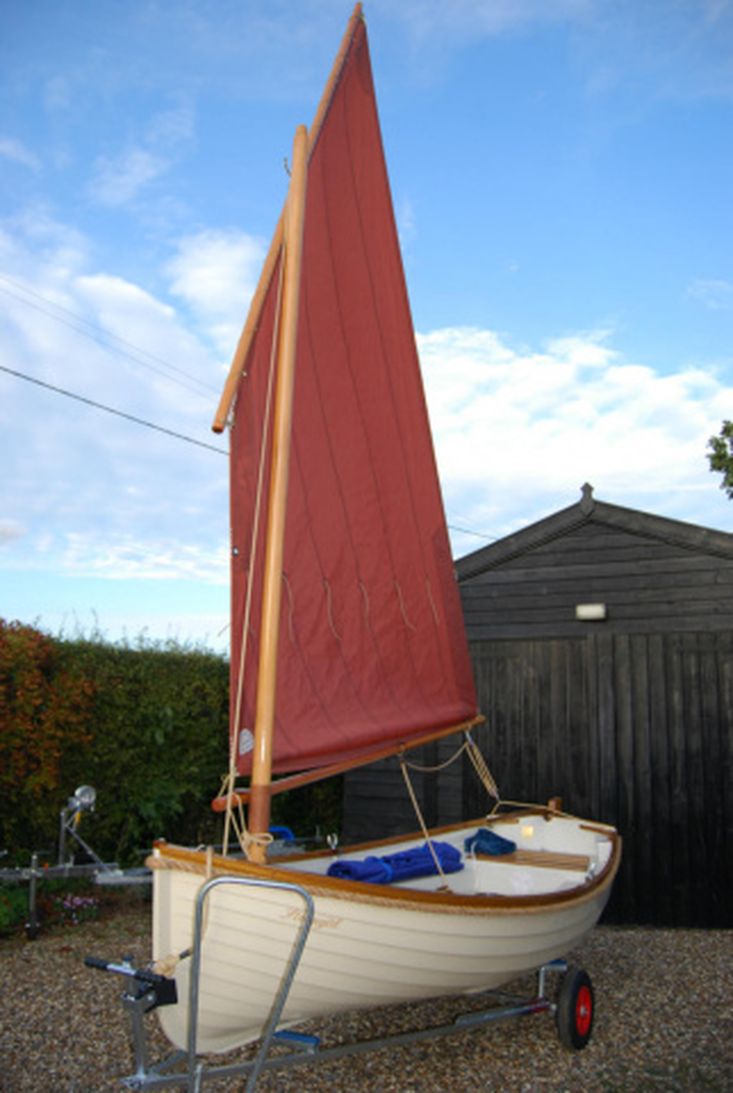 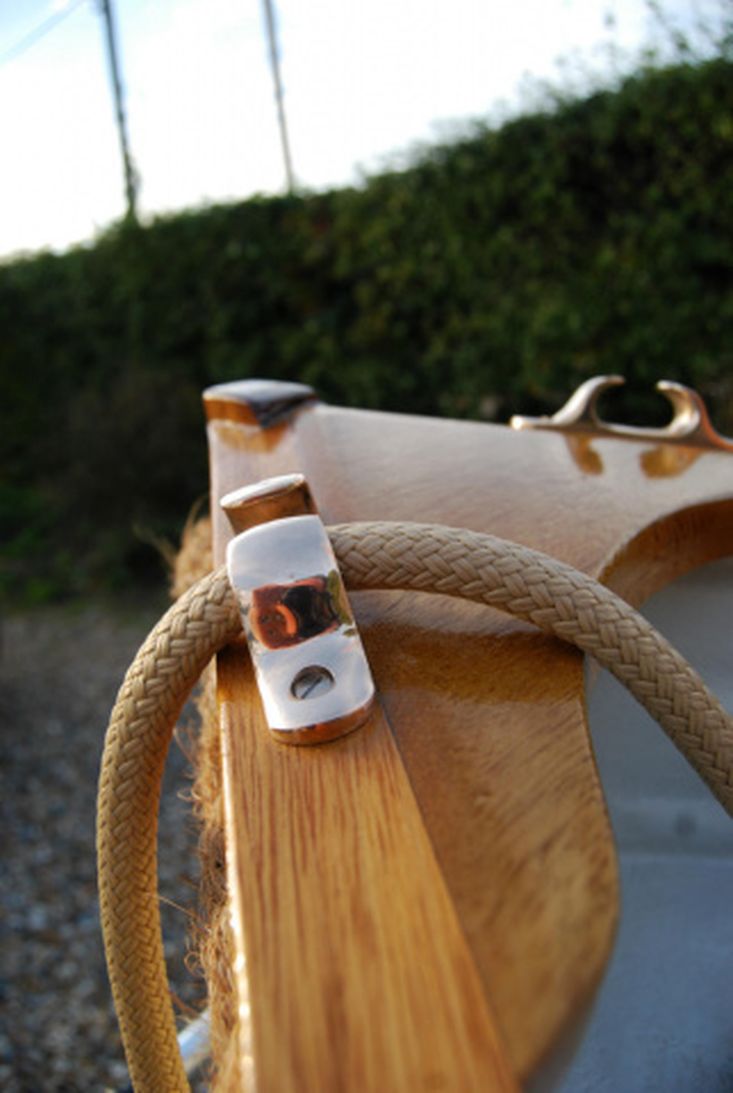 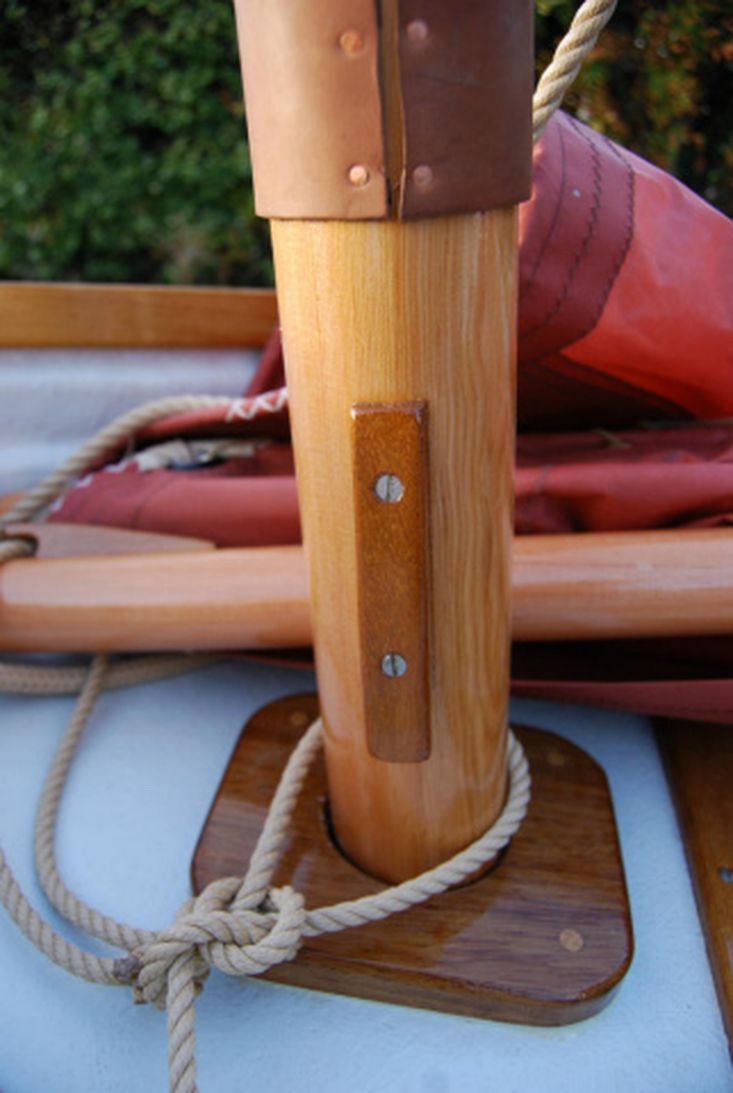 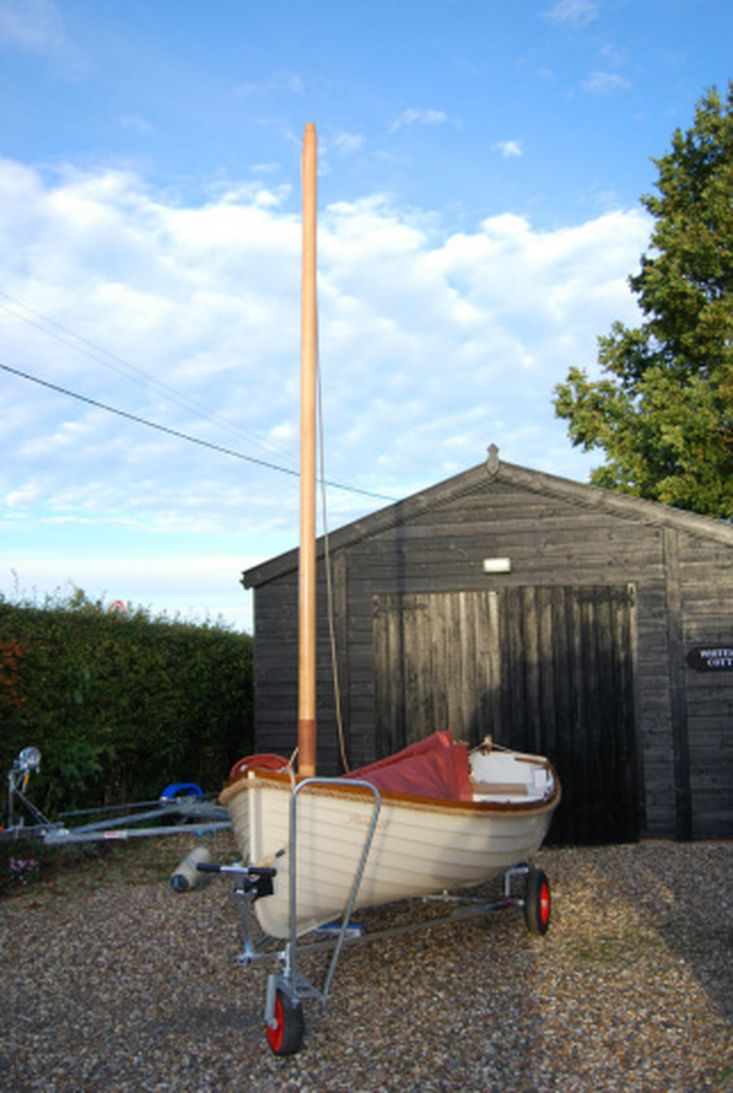 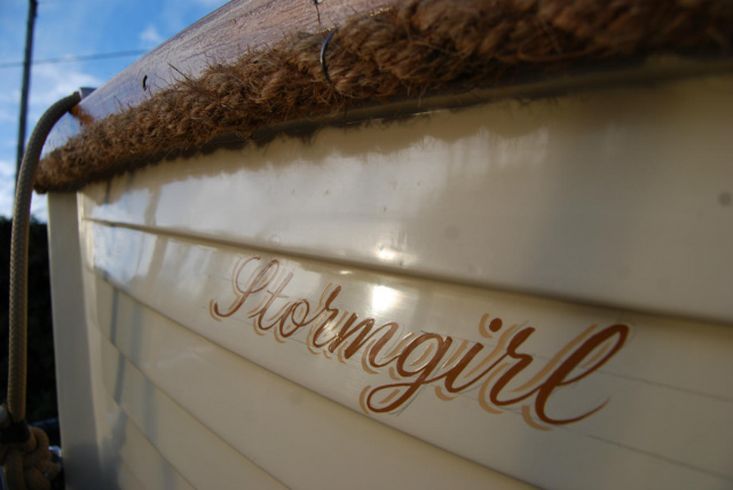 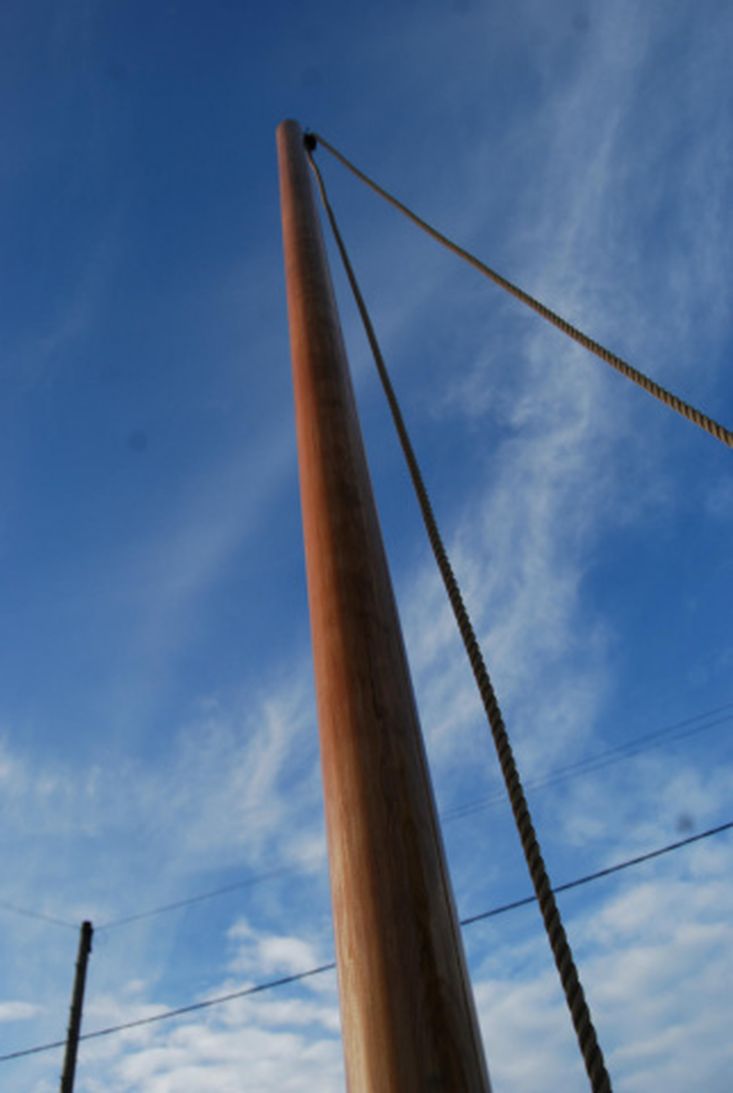 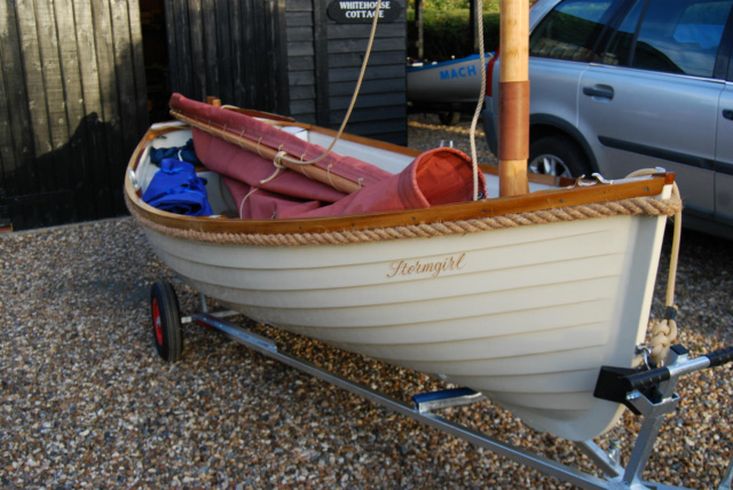 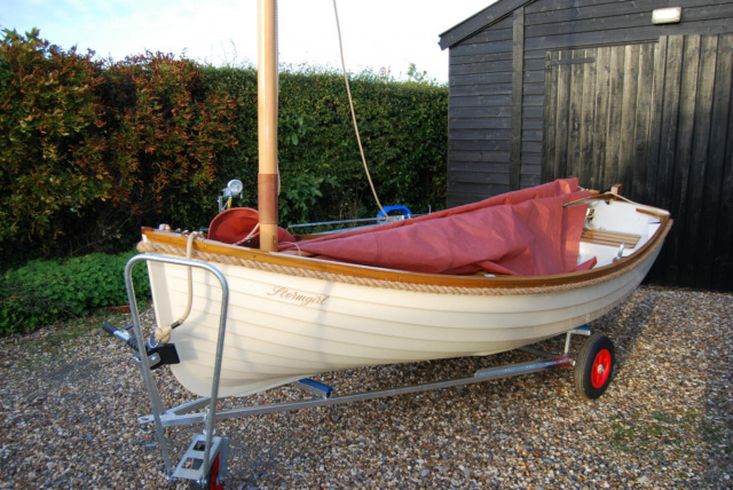 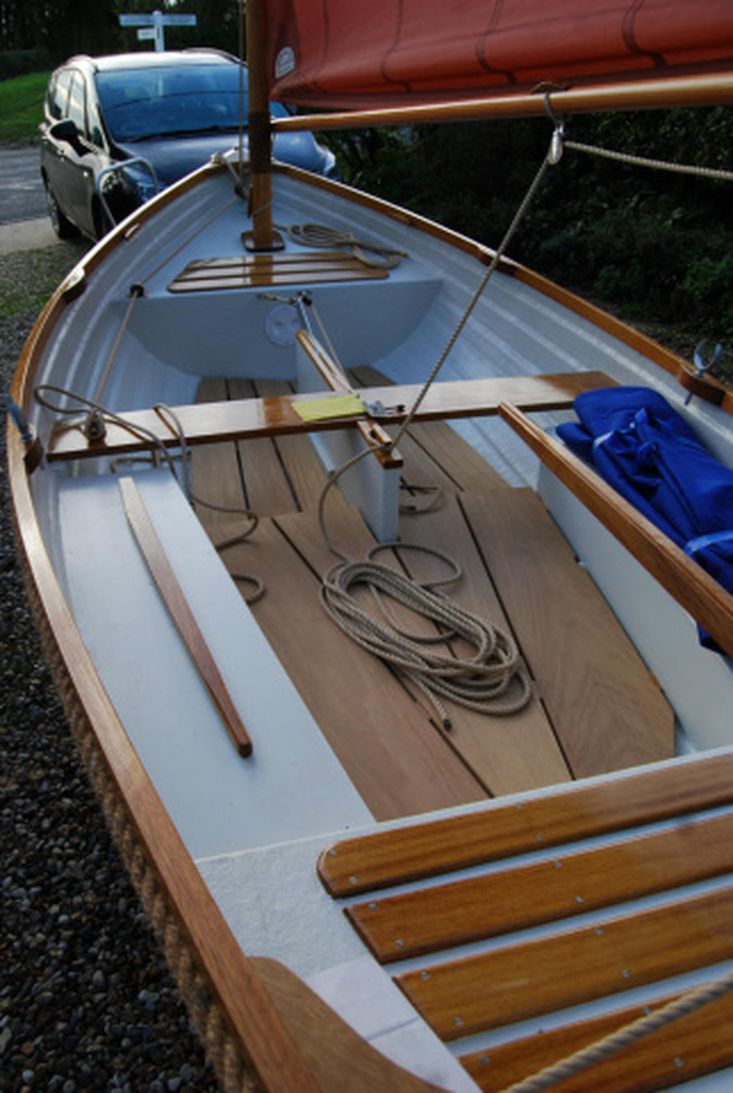 The Smacks Boat was first produced in the early 1970s from one of the last wooden dinghies built by master craftsman Alf Last of Cooks Barge Yard Maldon, and it has been evolving ever since. Early versions were sold to yacht and smack owners as tenders and many shells were fitted out by enthusiastic amateurs.

By the late eighties the mould was worn out and an injection of cash and enthusiasm was needed. That was when Brian Kennell (Shipwright and Boatbuilder) acquired the mould and rights to produce the Smacks Boat. Since then he has been steadily building Smacks Boats for an enthusiastic East Coast clientele and further afield. Every boat built by him has been fitted out to the clientâs individual specification. Only the amount of buoyancy remains the same, as there can be no compromise on that. Often he has incorporated an ownerâs good ideas into subsequent dinghies until the boat produced today is simple and elegant in its functionality and grace on the water.

The original concept was to take Alf Lasts rowing dinghy and add a simple lug rig to make a stable boat that could carry well but also be a satisfying boat for novice or expert alike to mess around in. Some Smacks Boats have been rigged with bowsprits, jibs and standing rigging, but the version that continues to be the most popular is the simple unstayed mast single lugsail. This can be rigged in 2-3 minutes. The whole idea is a boat that is fun to sail, simple to use and economical to own.

The Smacks Boat sails well, is very stable, rarely having to be sat out, and is dry in a sea. She can be sailed three up, being a very good weight carrier. If the wind dies or she is being used as a tender she can easily be rowed or an outboard motor can be fitted. She is large enough to live on a mooring and small enough to be easily trailer sailed. The East Coast Area of the Old Gaffers Association runs races for Smacks Boats at their small boat rallies. She can be towed by a smack or larger yacht and I know of an instance of a Smacks Boat being towed across the North Sea to Holland.

What can I do with my Smacks Boat?

Smacks Boats started out as the tenders for the local Maldon sailing smacks and for those who want a solid dinghy that carries and looks well with a traditional feel it would be difficult to find anything better, the fact that they are good sailing boats too is a bonus. Some people keep their boats on tidal moorings and others have launching trailers and keep them ashore. There are some that are sailed on lakes and inland waters. Most people who buy them nowadays do not use them as tenders but as sailing dinghies in their own right. I know of several that have been bought in conjunction with a camper van and subsequently trailer/sailed all over the British Isles.

The hull of the Smacks Boat is three layers of glass-fibre mat with a double gel coat. Any colour gel can be supplied, the most popular colours are white, cream and grey. The buoyancy is formed from 9mm Robbins marine plywood encapsulated in glass-fibre.

The standard fit-out is varnished iroko with good quality stainless and bronze fittings. The spars are made from clear Douglas fir and are usually varnished, The sail is made by North Sea Sails and comes complete with a sleeve for sail and spars. The boats can be supplied with primed wood and still to have the rigging finished, but are normally supplied in a âsail awayâ condition.

The builder will happily supply regular email updates and photographs of your boat being built.

Boats for sale
by continent

Boats for sale
by country