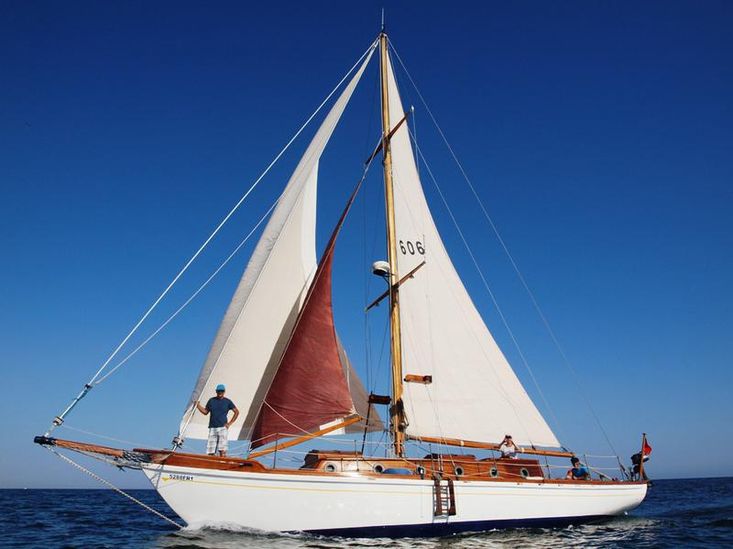 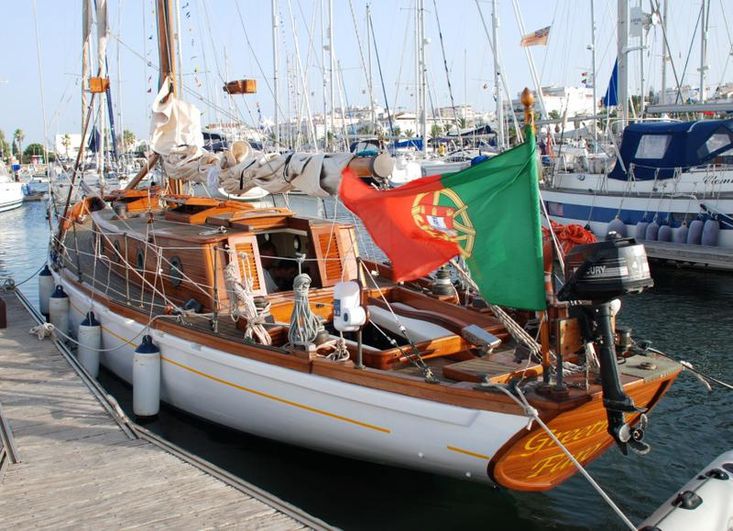 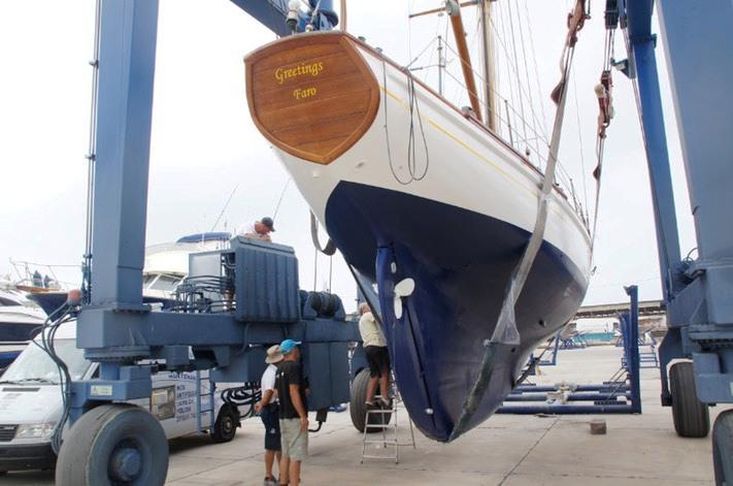 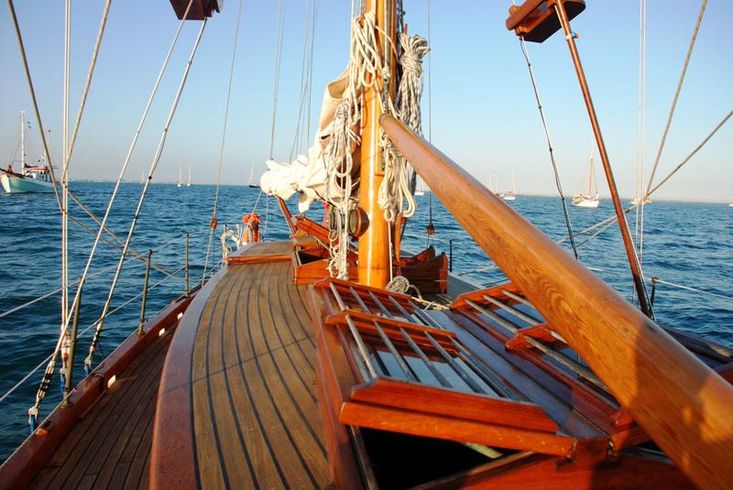 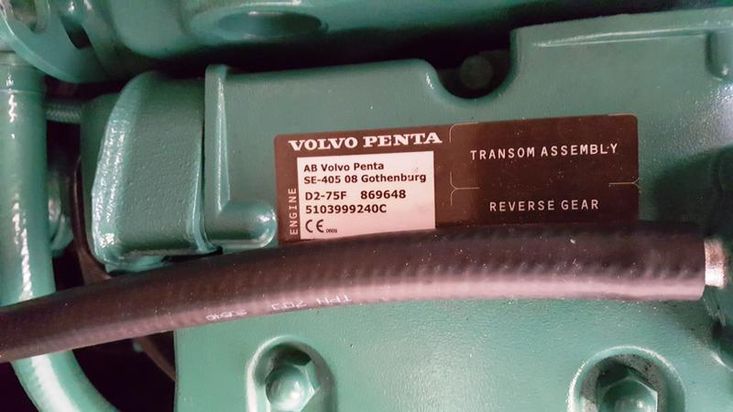 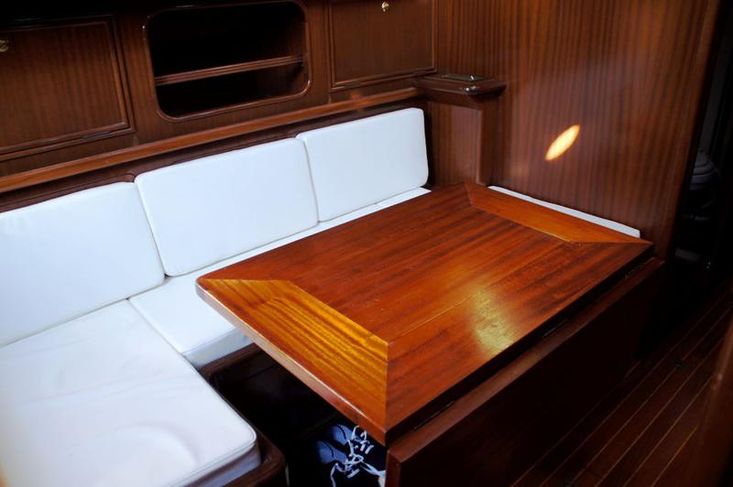 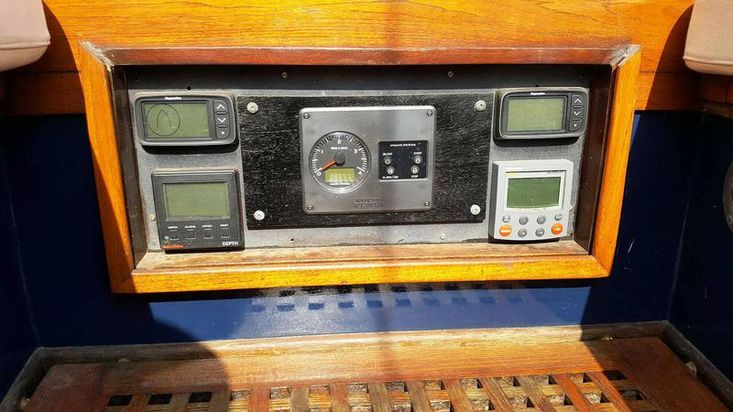 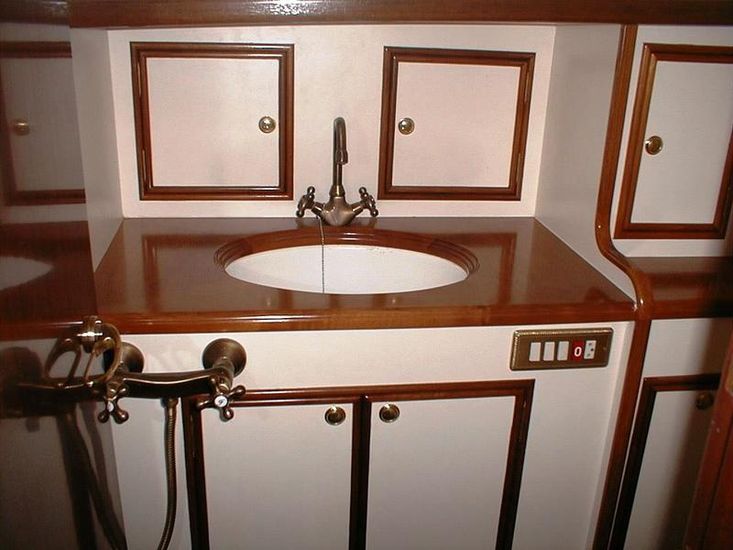 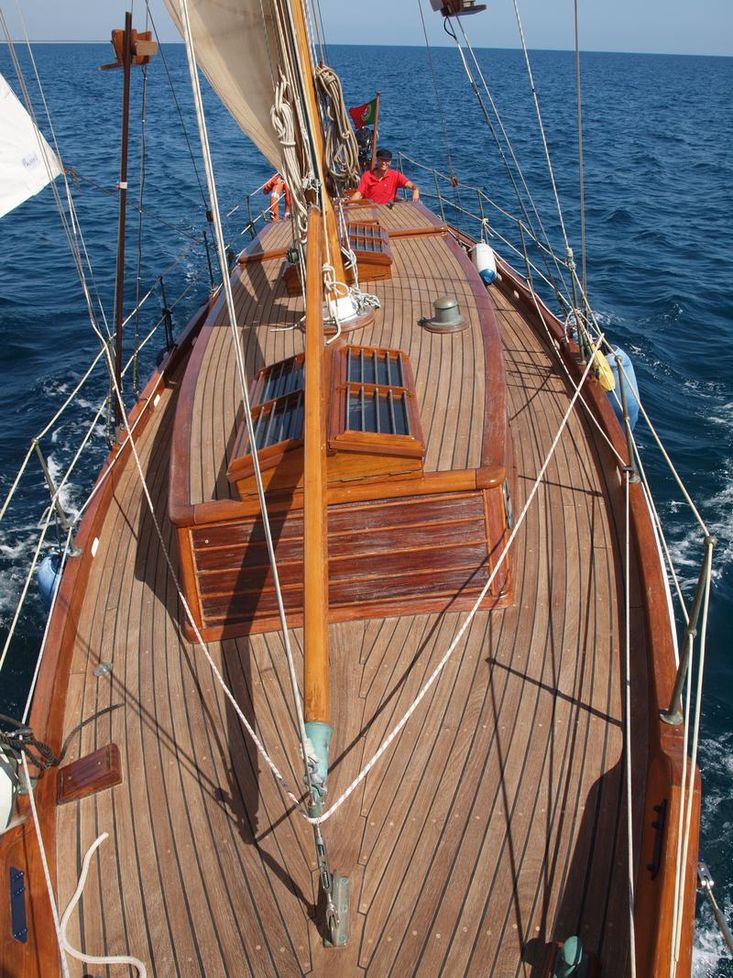 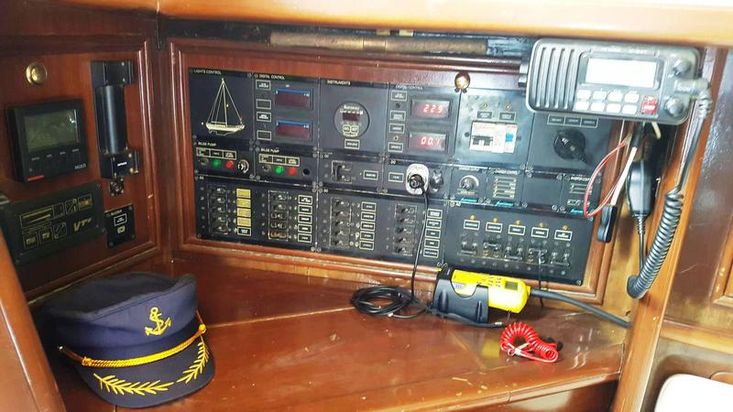 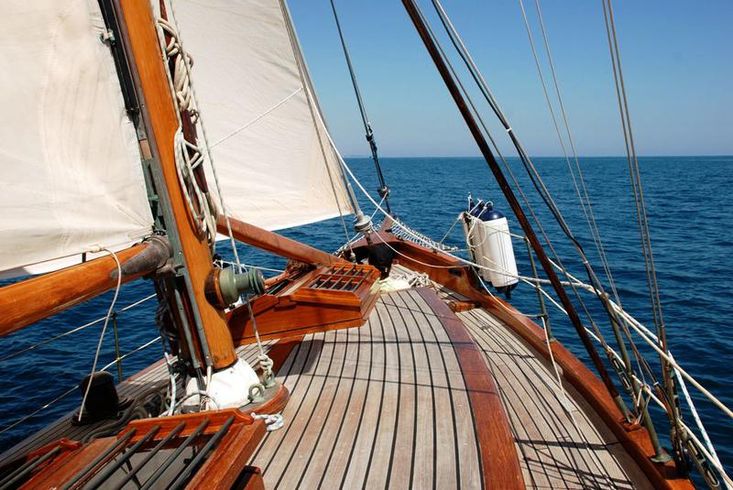 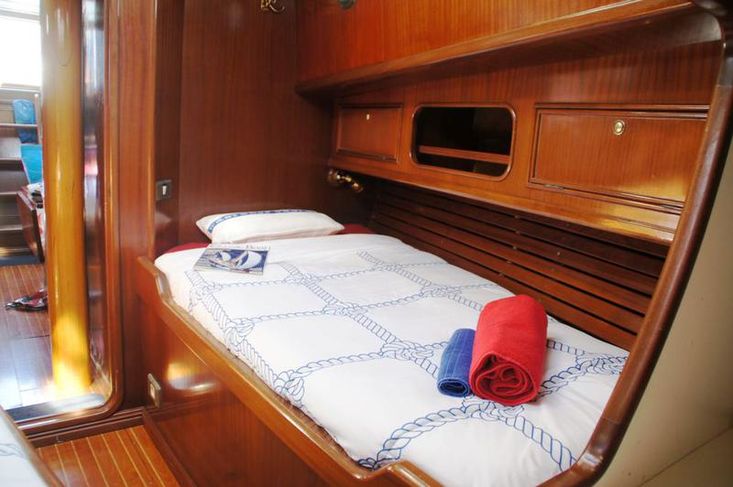 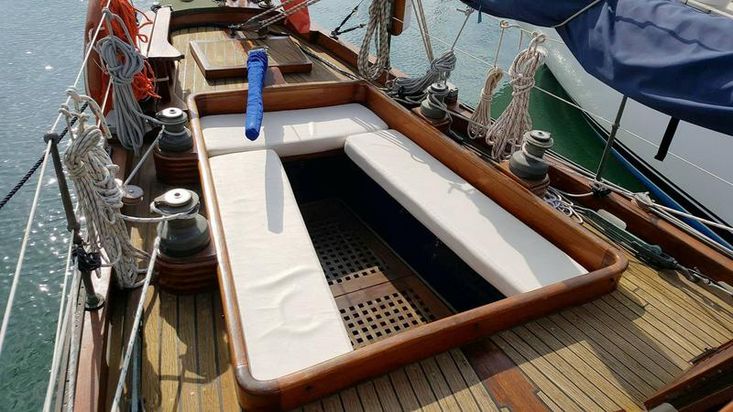 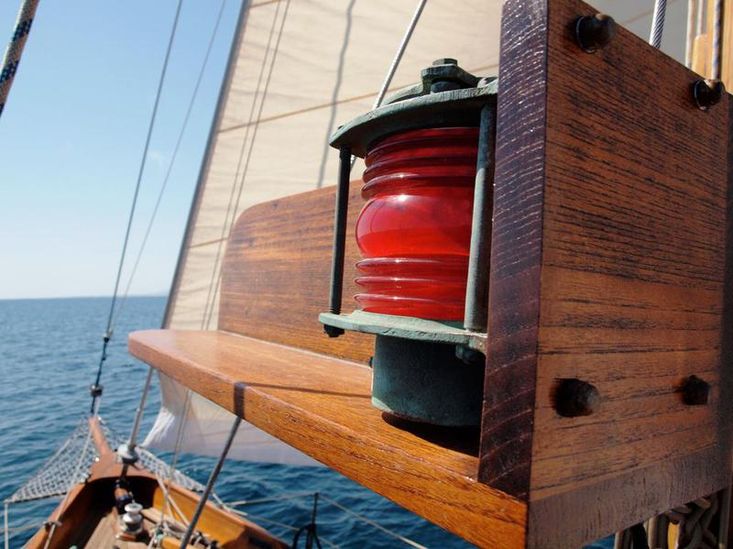 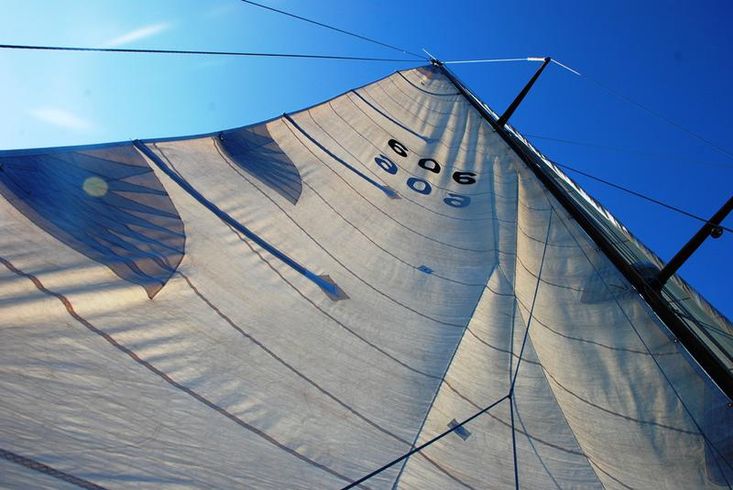 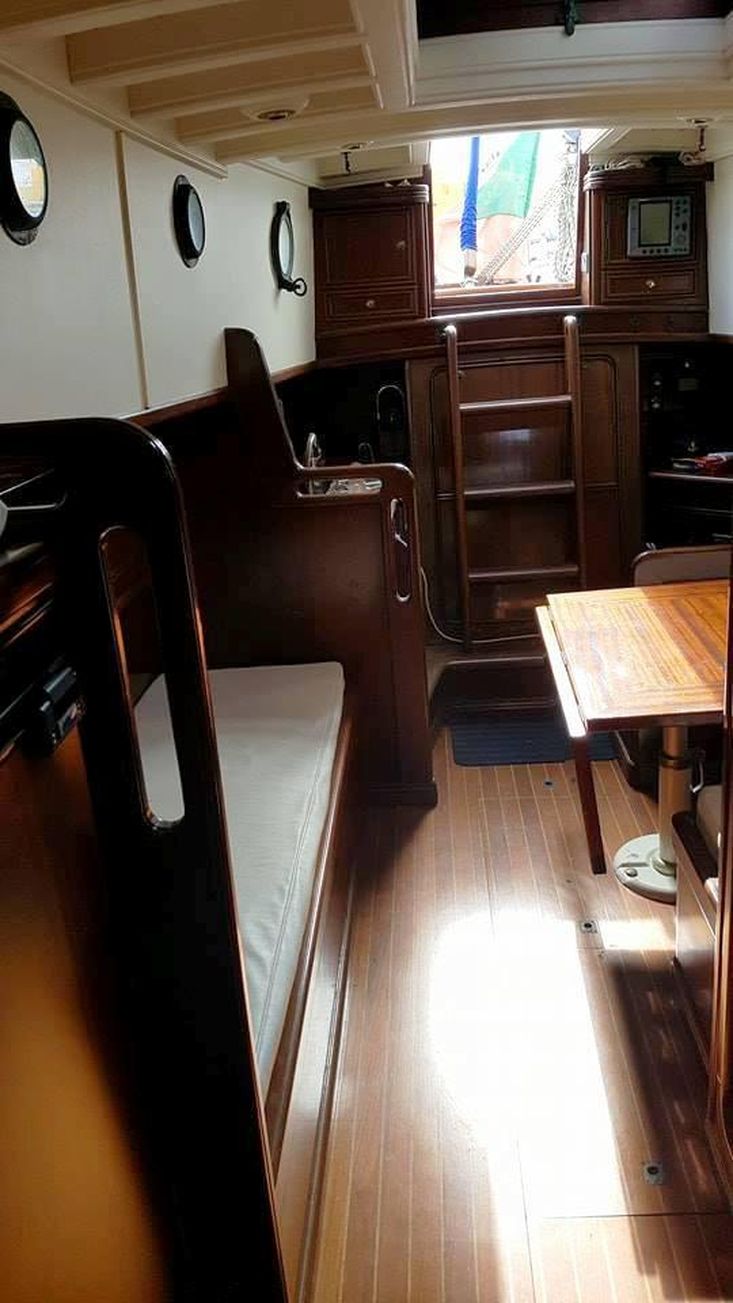 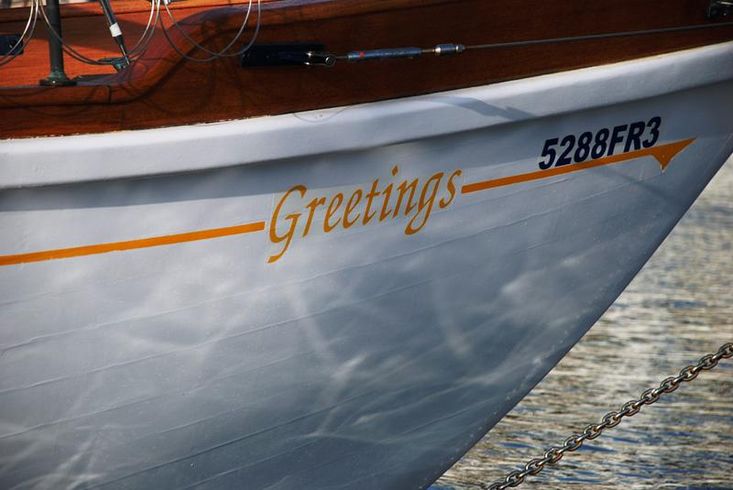 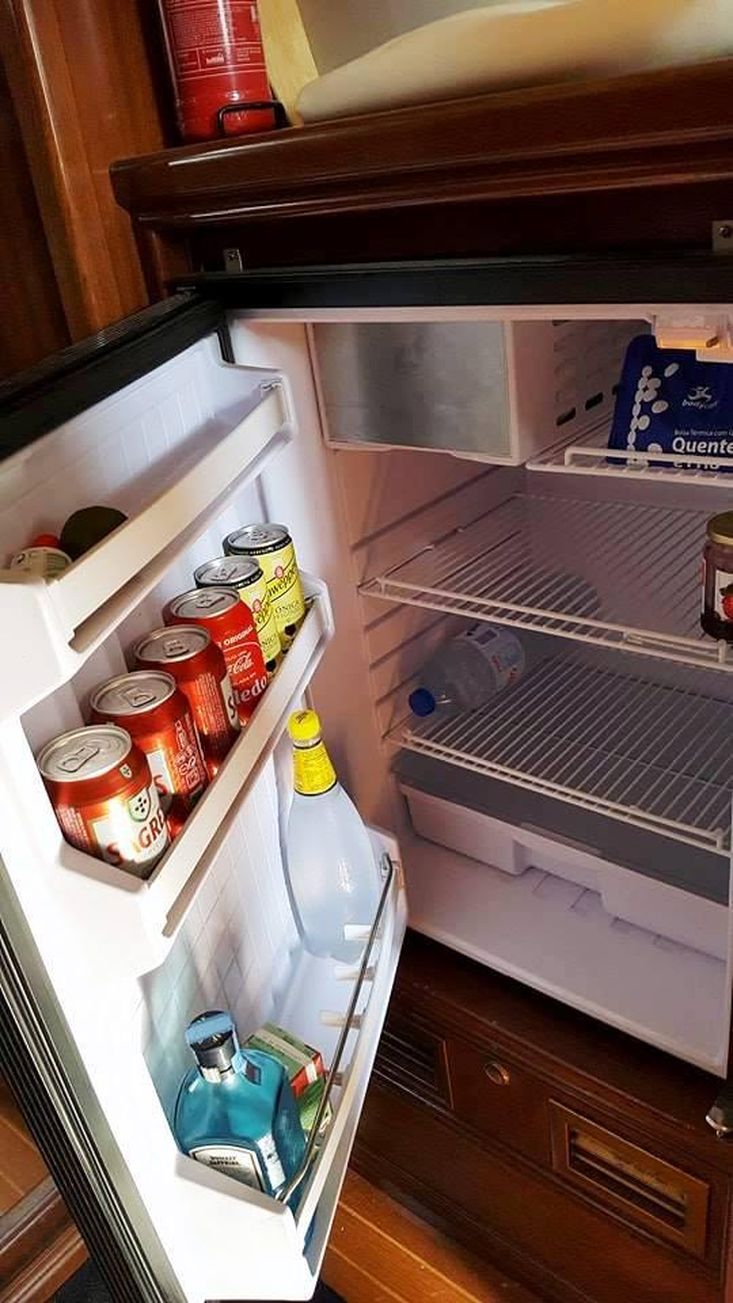 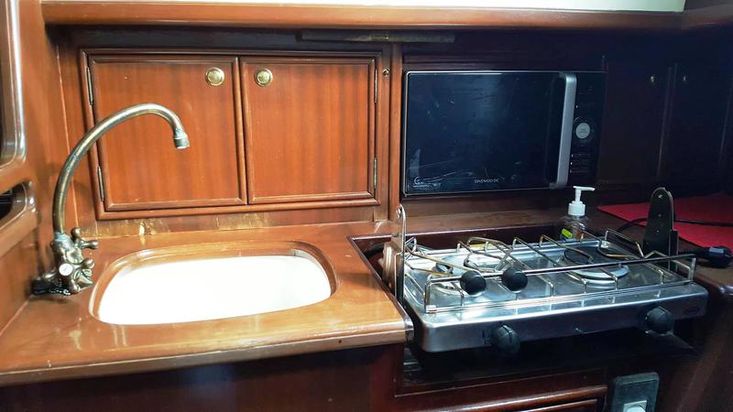 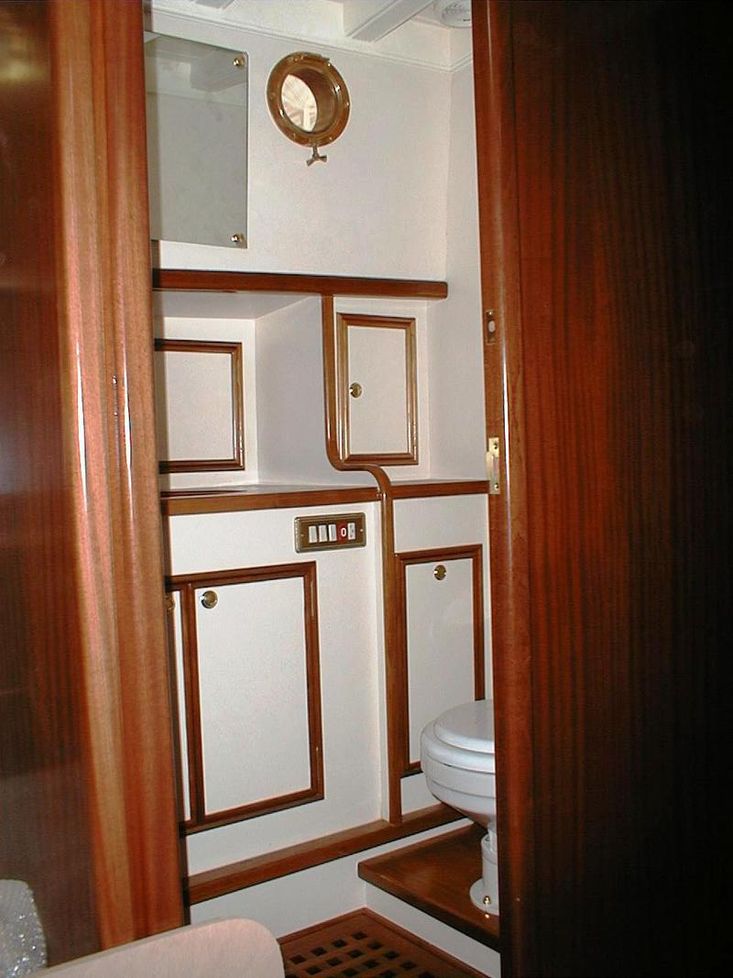 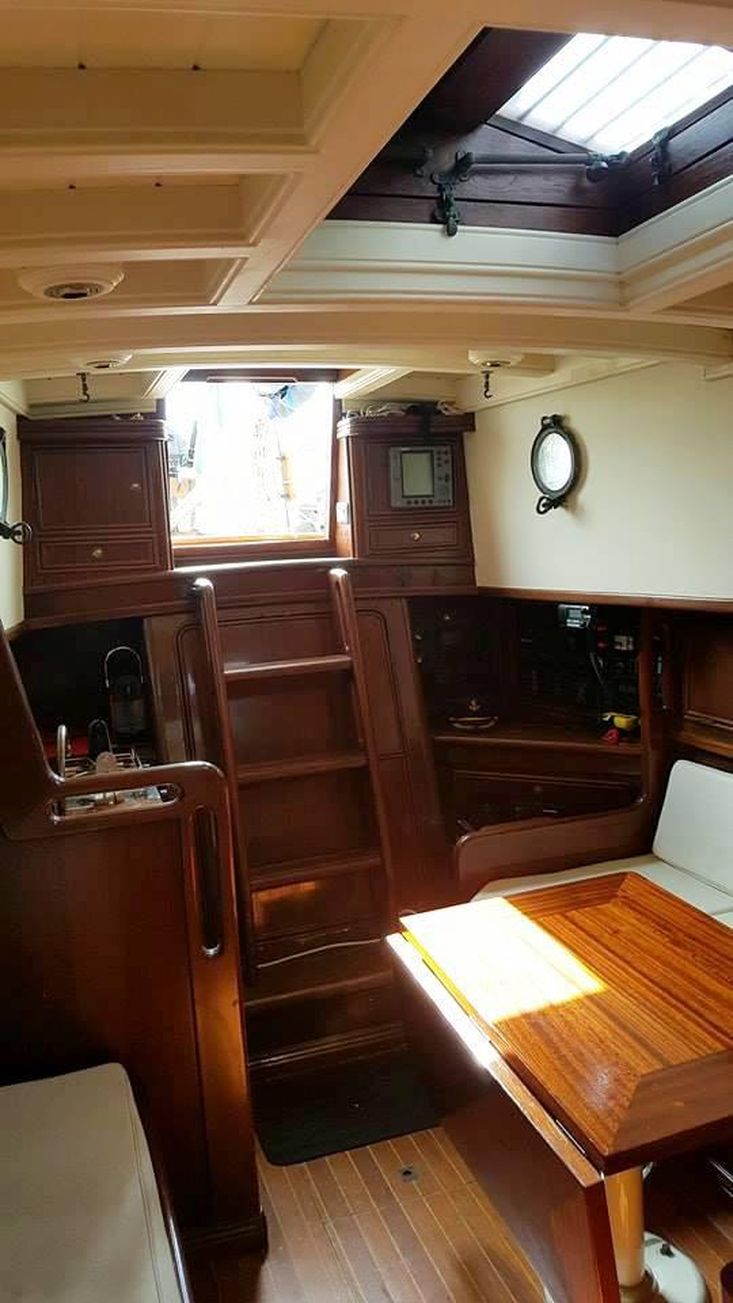 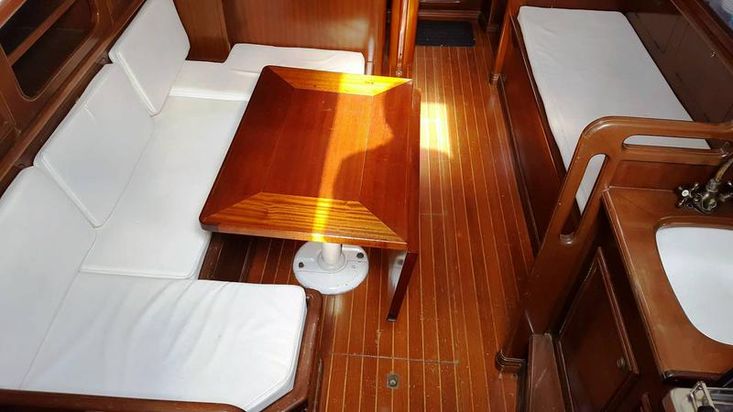 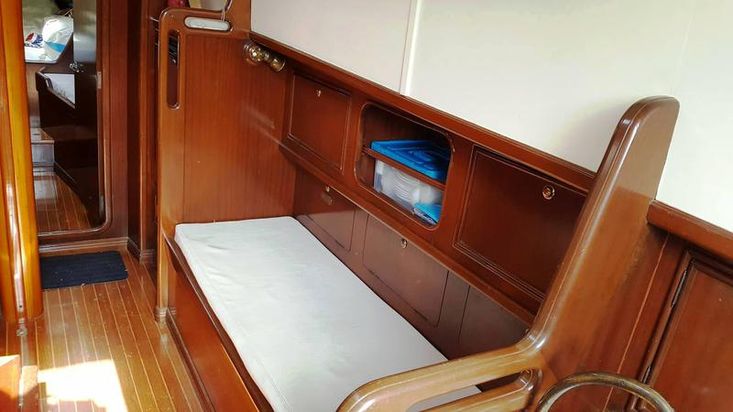 
A C Wingate of Offington Park, Surrey commissioned Jack Laurent Giles to design a cruiser racer in 1938 to be built by Sussex Yacht Works Ltd. Shoreham, West Sussex. GREETINGS was launched that year and stationed on the South Coast. After the War E M Shipman of Bristol bought the yacht keeping her in Falmouth. In the early 1950s joint owners P F Carter-Ruck and Captain E N Griffiths of Bishops Stortford acquired GREETINGS and changed her name to FAIR JUDGEMENT 11. After ten years of successful racing they sold her to Richard Aykroyd of Skelton Manor, York who continued to keep FAIR JUDGEMENT 11 on a Hamble mooring. A D Westmore of Hadley Wood, Barnet bought the yacht in 1975 staying on the Hamble. After a succession of new owners the vessel was re-named GREETINGS and refitted in Spain in 1999 when a new interior was fitted. In the current ownership she was sailed from Barcelona to Faro in 2013 and had a second refit in 2013/14. Work included some re-planking, rudder overhaul, electrics, grey water tank and in 2016 rigging and more electrics updated and installed.

A well maintained and presented classic Laurent Giles cruising yacht with a former successful racing career in the UK. The subject of much expenditure over a period of years with a complete refit in the current ownership with continuing upgrading in-keeping with the style and period of yacht. A capable and proven passage maker ideal for extended cruising and exploring the Med.

Important Note: The particulars / images of the vessels listed on this website are believed to be accurate but are not guaranteed, buyers should satisfy themselves regarding the same. No warranty is given as to the condition of vessel's hull, machinery and equipment / gear and an examination by a qualified marine surveyor is always recommended.


Boats for sale
by continent

Boats for sale
by country